10 Foods That Are Toxic For Dogs 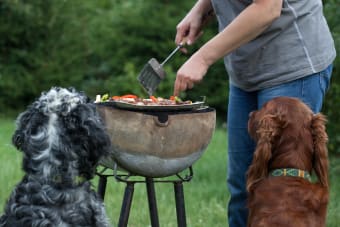 We know it can be tempting to give your dog bites of food off your plate, especially when they look up at the table with those puppy eyes, but not all human food is suitable for a dog's digestive system. Today, our Santa Cruz County vets share the top 10 foods you should never feed your pup.

The Top 10 Foods to Avoid Feeding Your Dog

Below we have compiled a list of foods and treats that may be toxic or dangerous for your dog. When in doubt, you should always check with your veterinarian before introducing a new food item for your pup.

Grapes and raisins can cause severe kidney damage that can lead to acute kidney failure, which can be fatal. It is not known what exactly in grapes is toxic to dogs, but they should be avoided at all costs. Even a small handful of grapes could be fatal to a small dog.

As grapes and raisins are common snacks for children you should be sure to teach them not to share their food with the dog.

Even in very small amounts, alcohol can cause intoxication in dogs as it does in people. Alcohol may also lead to vomiting, diarrhea, and in extreme cases damage to your dog's central nervous system.

Chocolate, particularly dark chocolate, contains a stimulant called theobromine which is toxic to dogs. While a small amount usually won't hurt your dog, larger amounts of theobromine can lead to tremors, seizures, internal bleeding, and heart failure. If your dog has gotten into some chocolate, watch for severe hyperactivity which can be the first sign of theobromine poisoning.

Corn On The Cob

You should never give your dog a cob of corn to chew on. While corn kernels themselves are not toxic to dogs, if your dog swallows the cob it may cause a serious intestinal blockage.

Garlic and onions are part of a plant species called Alliums.  While one piece of onion or garlic isn't the end of the world, Allium plants can have a damaging impact on your dog’s red blood cells and will slowly build up in their system. Over time, this could lead to anemia in your beloved pet.

While apples are a good snack choice (in moderation) for dogs, be sure to cut small pieces for your pup and never give them the core. The seeds of an apple are toxic for dogs (and people), as they contain cyanide. While one incident may not be an issue, the repeated intake of the apple seeds can lead to more serious medical issues in your pet.

The artificial sweetener called Xylitol may cause vomiting, loss of coordination, seizures, liver failure, and possibly hypoglycemia which can lead to loss of consciousness or even death in extreme cases. Xylitol can be found in gum, candy, and even some kinds of nut butter, so be sure to check the ingredients of your peanut butter before giving your dog a spoonful.

Tomatoes are part of the nightshade family, a group of foods that produces an element called solanine which can cause gastrointestinal upset for your pup. This is particularly present in green, unripened tomatoes, so be sure to keep an eye on your dog if they enjoy rummaging around (and snacking) on your garden.

Avocados have an extremely high-fat content which can cause some dogs to develop pancreatitis or an upset stomach, so they typically don't make great treats. The pit should never be fed to a dog as it contains a substance called persin which may cause vomiting and diarrhea in dogs.

While not toxic, it is never a good idea to give your dog a cooked bone to chew on. Cooked bones splinter easily and could lead to a perforation of the gut, which can be fatal.

Has your dog eaten something toxic? Aptos-Creekside Pet Hospital handles emergency cases during our regular clinic hours. Contact us or bring your dog to the nearest 24-hour veterinary clinic for emergency treatment. 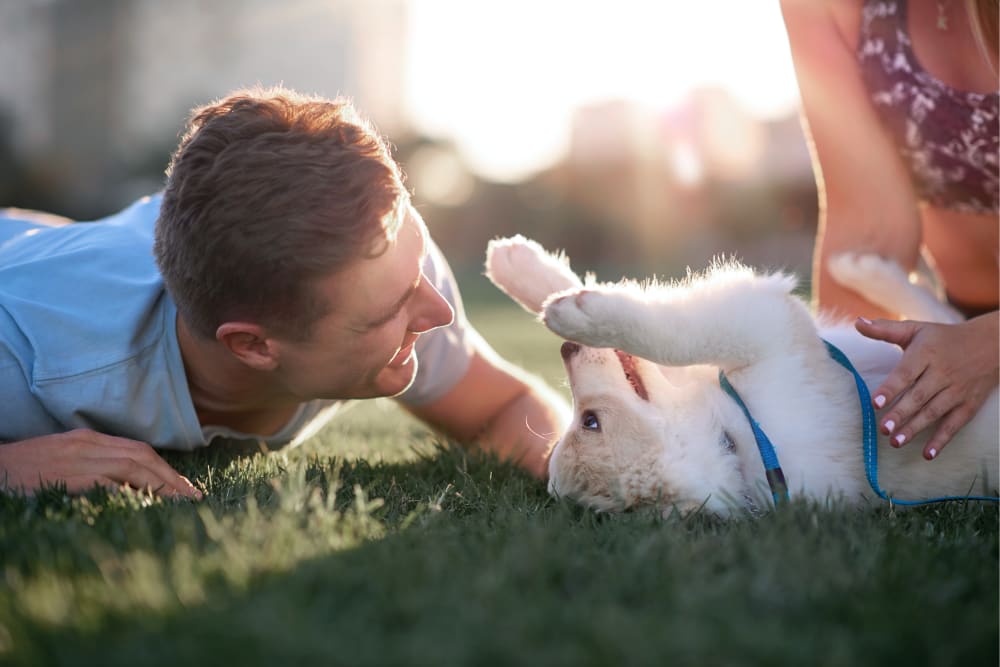 Aptos-Creekside Pet Hospital is accepting new patients! Our experienced vets are passionate about the health of Santa Cruz County companion animals. Get in touch today to book your pet's first appointment.

Dr. Katie Volat will be joining our outstanding team on September 6th, 2021